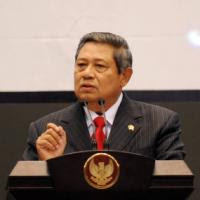 According to plan the meeting will be held at Ayodhya hotel, Nusa Dusa, Bali. President Susilo Bambang Yudhoyono at the hotel during the opening meeting of defense ministers of ASEAN and ASEAN Fair.

In the courtesy call, no technical talks between President SBY with Leon Panetta. But the bottom line increased military cooperation the two countries.

As is known, the United States since the end of 2005 and repeal of the military embargo on Indonesia. Cessation of cooperation which include procurement of defense equipment, joint exercises and training officer applies more than 10 years with the military involved in the alleged human rights violations.

During the embargo lasts, RI deepen military cooperation with other countries that have the defense industry. As with the Soviet Union, China, Brazil and South Korea for defense equipment procurement projects.

RI military rapprochement with the United States took place gradually in recent years. Especially for the three armed forces officer training and procurement of defense equipment for the TNI.

In the next three years, the government provided substantial funding to accelerate the strengthening of the TNI.

Projects associated with the U.S. is planned purchase of 30 units of F -16 fighter aircraft new to the Air Force.